Those days when nothing happens

I like the idea of documenting our daily lives even though I don't do that PL thing as such. Week numbers?? You won't get anyone who has ever owned a timeshare wanting those on a page!

Some days nothing happens. As in this day when it took two attempts just to get out for a coffee (the UK sunk under all the rain this winter ...) I made a paper and digi version of this. As you can see, in the digi version stuff escaped and biscuits appeared. I used Raspberry Road's Coffee Shop. The February photo overlay is by Ali Edwards. I have SO many coffee kits and even have a Pinterest board about coffee. I should get out more. For coffee.

Click on the photos to see a larger version. 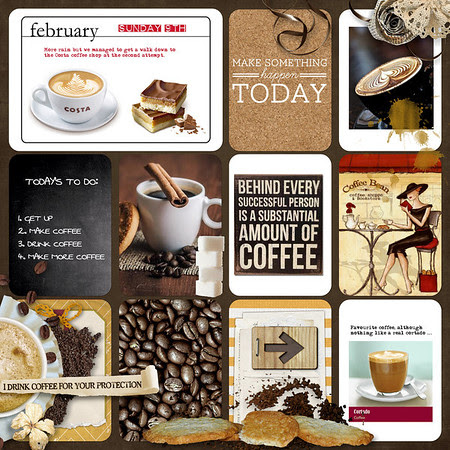 We have so many coffee photos I had to do something different with some of them. here's a hybrid 4" x 6" where I used the photo and an embellishment cluster from ML Designs' Good Morning. I deliberately left some white space around it.   I like white space. Literally WHITE space. It makes the photos stand out. There's a Design Ideas article to follow on that very soon. 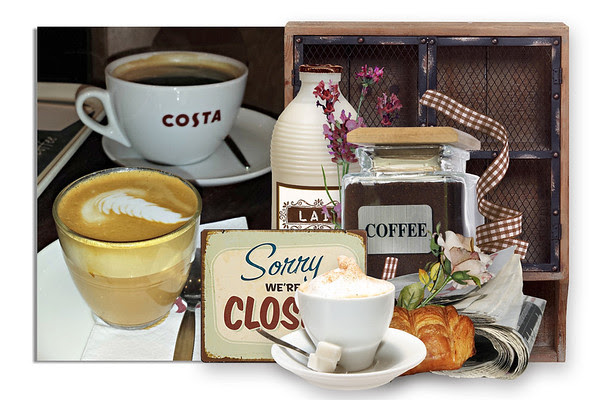 Posted by Sharon Horswill at 15:47