So, I got PSE 11. I actually bought it last November when it was cheap on Amazon. I then left it in its box for months because I hated PSE 7  (or 8, or whatever I had before) so much I couldn't bear to look at it. I could never find anything. I don't mind a learning curve, it all exercises the aging brain, but I object to a constant headache from a black screen and stuff plainly being hidden to make people who use it think they're clever.

PSE 11 is a whole new ball game. The interface has been much simplified and the black screen is gone. This simplification has caused much wailing and gnashing of teeth amongst the PSE snobs. As I mentioned on the Divas blog last week, it reminds me of Sheldon in The Big Bang Theory: "Windows 7 is much more user friendly than Vista. I don't like that."

I signed up for two courses on PSE 11 which I'll tell you about in great detail later. I've been through a bit of the general PSE 11 one and haven't looked at the digital scrapbooking one yet. I just introduced myself last week on the forum where they were obviously appalled at the thought of someone making thousands of pages, owning two websites and teaching scrapbooking when she has used OTHER PROGRAMS. Horrors!

I've written a few tutorials on PSE 11. How did I do that when knowing nothing about it? Well, I've used PSP so I understand layers and much of what you need to know is blindingly obvious. If you have PSE 11 get it out of the box because you will be able to follow these tutorials without studying anything else. Here they are:

Why am I writing them now before I've learned anything? Partly because I wouldn't want the peeps running the course to think I'd stolen any of their material to write my own tutorials and partly I wanted to keep it simple and easy to follow. I know the tutorials are simple because I only know the simple stuff.

Will I switch to PSE for all my scrapbooking now? No, of course not, Memory Mixer and MyMemories a gazillion times faster. I do like PSE templates though and bought lots at 50% off recently. I like the block ones best. I can make those on MM/MMS but my hands are not as steady as they were and sometimes I accidentally shift a photo which spoils the look. 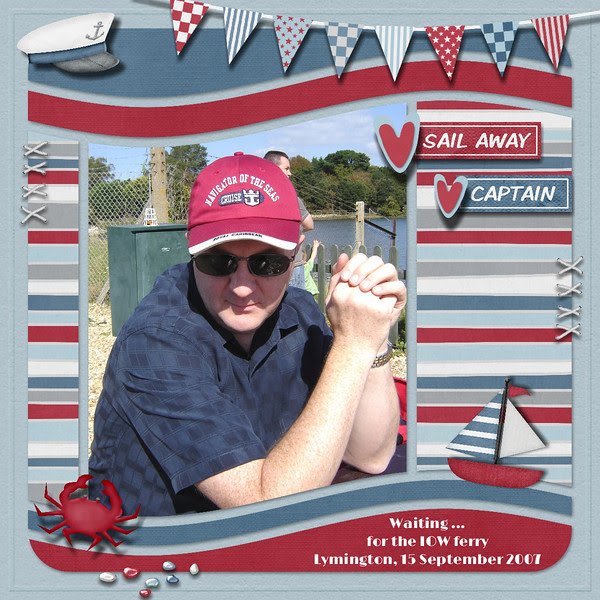 Posted by Sharon Horswill at 03:44

Email ThisBlogThis!Share to TwitterShare to FacebookShare to Pinterest
Labels: PSE 11