Prettying Up The Tower of London

The Tower of London was not a fun place. The website portrays it to be a fun place NOW, of course, but you wouldn't want to be there a few hundreds years ago unless you were prepared to come out without your head. My husband, John, works in his firm's London office occasionally and he took this photo in May on a wet, grey day. Not that our summer days have been much different since... 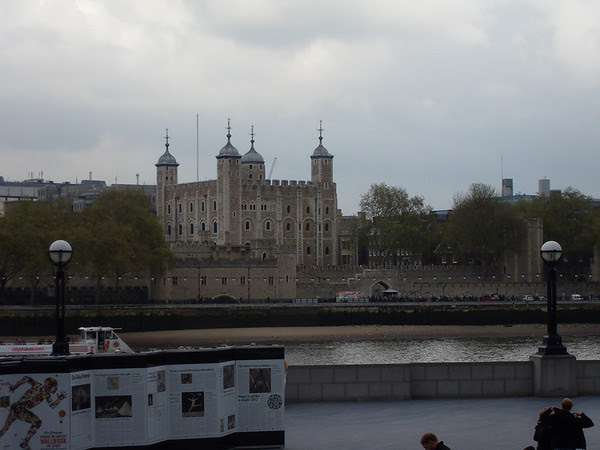 It would make an interesting old v.new study but I decided to use a mask to remove almost everything except the Tower. I also used the Auto Enhance in Paint Shop Pro X4 to brighten it up and change it to how it looks on a sunnier day. We've given up all hope of a summer here in the UK and have to do what we can to pretend! Generally I've found PSP X4 auto enhance to be completely useless - my old PSP 8, Paint Shop Album and virtually any other program you can think of is better. However, while the photo is on the screen waiting for its mask you might as well hit the button and try it and this time I got lucky.

I used Wendy Tunison's World Traveler London Add-on kit and a free border cluster made by Simply Creative by Thao. I covered up a few bits like suitcases with a few extra embellies mainly from the New York kit. I don't know why designers think London is full of Victorian objects! It's very difficult to find British kits that aren't extremely annoying to any British person I might show the layout too. Even DH remarked that it must be obvious it's London in this page. I just liked the postmark effect. 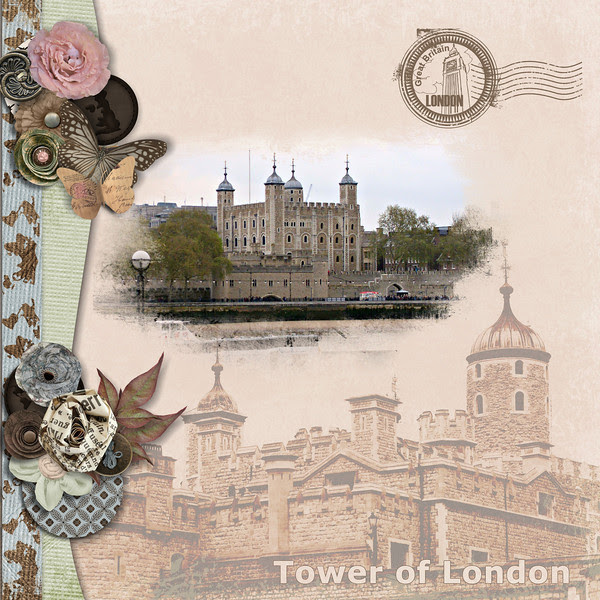 Posted by Sharon Horswill at 20:37