I made this Spring (allegedly) page for a tiling challenge on Touched By A Butterfly's Facebook group. The kit is her Spring is Here. It was meant to be done in MyMemories 4 but I'd rather stick pins in my eyes than tangle with that, it's an unstable mess and needs rewriting from scratch IMHO. It languishes on my old computer while I use MMSv3 and Memory Mixer on the main one.

The tiling effect in Memory Mixer is actually a font. It sounds weird but this picture is the letter b at size 410 in a special font. The fonts are only $4 each and you can find them here. I was going to write a long tutorial for my website but it's all explained brilliantly in a pdf that you download with the font.

These photos were taken in my Mum's garden in Birmingham on Easter Sunday, 31 March. 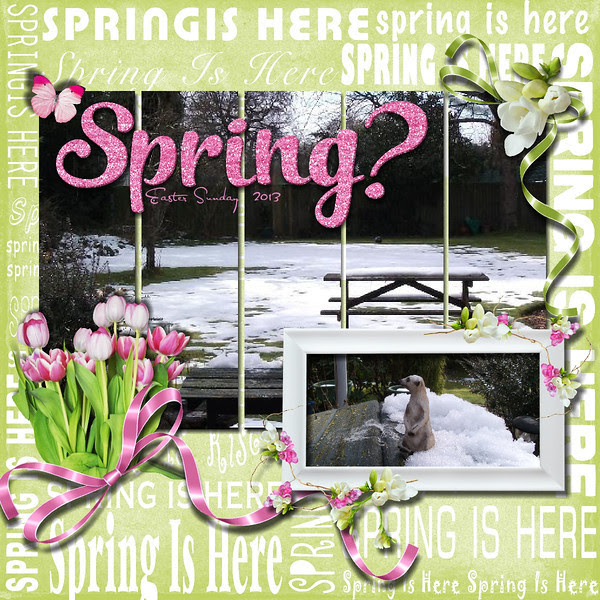 We brought Mum's camera card back with us and she had lots more snow pics on it so I made another page with a photo from almost the same angle. Mum was standing on the doorstep not in the snow so it's a bit different! I used Trixie Scraps' Frosted Windowpanes including a clustered border and frame. 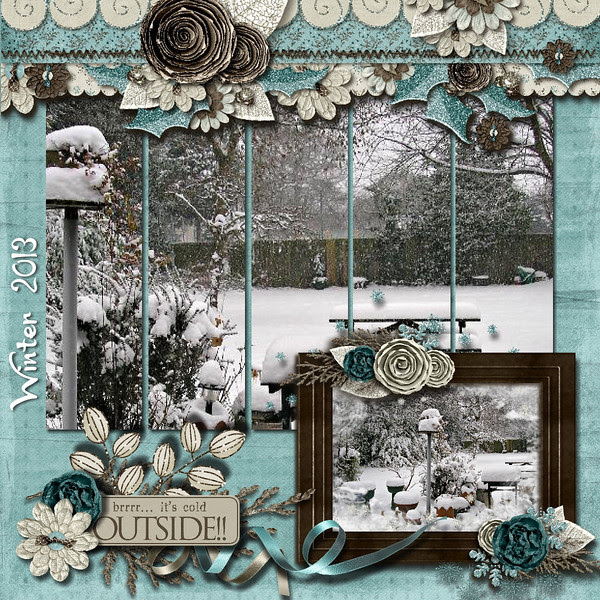 Far too much snow!
Posted by Sharon Horswill at 12:38